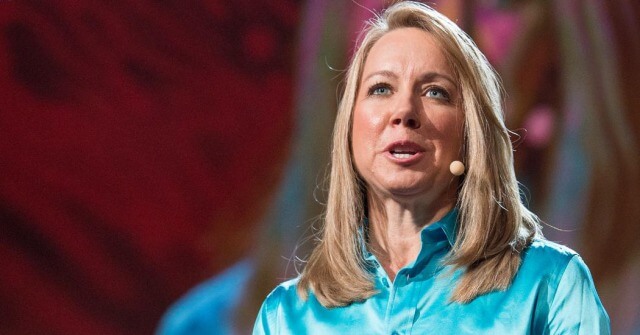 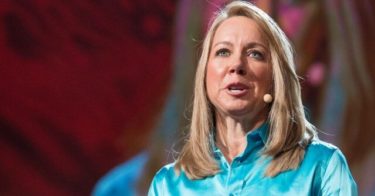 “When I was in my 20s, I saw my very first psychotherapy client. I was a Ph.D. student in clinical psychology at Berkeley. She was a 26-year-old woman named Alex. Now Alex walked into her first session wearing jeans and a big slouchy top, and she dropped onto the couch in my office and kicked off her flats and told me she was there to talk about guy problems. Now when I heard this, I was so relieved. My classmate got an arsonist for her first client. And I got a twentysomething who wanted to talk about boys. This I thought I could handle.

But I didn’t handle it. With the funny stories that Alex would bring to session, it was easy for me just to nod my head while we kicked the can down the road. “Thirty’s the new 20,” Alex would say, and as far as I could tell, she was right. Work happened later, marriage happened later, kids happened later, even death happened later. Twentysomethings like Alex and I had nothing but time.

But before long, my supervisor pushed me to push Alex about her love life. I pushed back. I said, “Sure, she’s dating down, she’s sleeping with a knucklehead, but it’s not like she’s going to marry the guy.”

And then my supervisor said, “Not yet, but she might marry the next one. Besides, the best time to work on Alex’s marriage is before she has one.”

That’s what psychologists call an “Aha!” moment. That was the moment I realized, 30 is not the new 20. Yes, people settle down later than they used to, but that didn’t make Alex’s 20s a developmental downtime. That made Alex’s 20s a developmental sweet spot, and we were sitting there blowing it. That was when I realized that this sort of benign neglect was a real problem, and it had real consequences, not just for Alex and her love life but for the careers and the families and the futures of twentysomethings everywhere.

There are 50 million twentysomethings in the United States right now. We’re talking about 15 percent of the population, or 100 percent if you consider that no one’s getting through adulthood without going through their 20s first.

So I specialize in twentysomethings because I believe that every single one of those 50 million twentysomethings deserves to know what psychologists, sociologists, neurologists and fertility specialists already know: that claiming your 20s is one of the simplest, yet most transformative, things you can do for work, for love, for your happiness, maybe even for the world.

This is not my opinion. These are the facts. We know that 80 percent of life’s most defining moments take place by age 35. That means that eight out of 10 of the decisions and experiences and “Aha!” moments that make your life what it is will have happened by your mid-30s. People who are over 40, don’t panic. This crowd is going to be fine, I think. We know that the first 10 years of a career has an exponential impact on how much money you’re going to earn. We know that more than half of Americans are married or are living with or dating their future partner by 30. We know that the brain caps off its second and last growth spurt in your 20s as it rewires itself for adulthood, which means that whatever it is you want to change about yourself, now is the time to change it. We know that personality changes more during your 20s than at any other time in life, and we know that female fertility peaks at age 28, and things get tricky after age 35. So your 20s are the time to educate yourself about your body and your options.

But this isn’t what twentysomethings are hearing. Newspapers talk about the changing timetable of adulthood. Researchers call the 20s an extended adolescence. Journalists coin silly nicknames for twentysomethings like “twixters” and “kidults.” It’s true. As a culture, we have trivialized what is actually the defining decade of adulthood.

Leonard Bernstein said that to achieve great things, you need a plan and not quite enough time. Isn’t that true? So what do you think happens when you pat a twentysomething on the head and you say, “You have 10 extra years to start your life”? Nothing happens. You have robbed that person of his urgency and ambition, and absolutely nothing happens.

And then every day, smart, interesting twentysomethings like you or like your sons and daughters come into my office and say things like this: “I know my boyfriend’s no good for me, but this relationship doesn’t count. I’m just killing time.” Or they say, “Everybody says as long as I get started on a career by the time I’m 30, I’ll be fine.”

But then it starts to sound like this: “My 20s are almost over, and I have nothing to show for myself. I had a better résumé the day after I graduated from college.”

And then it starts to sound like this: “Dating in my 20s was like musical chairs. Everybody was running around and having fun, but then sometime around 30 it was like the music turned off and everybody started sitting down. I didn’t want to be the only one left standing up, so sometimes I think I married my husband because he was the closest chair to me at 30.”

Where are the twentysomethings here? Do not do that.

Okay, now that sounds a little flip, but make no mistake, the stakes are very high. When a lot has been pushed to your 30s, there is enormous thirtysomething pressure to jump-start a career, pick a city, partner up, and have two or three kids in a much shorter period of time. Many of these things are incompatible, and as research is just starting to show, simply harder and more stressful to do all at once in our 30s.

At 25, Emma came to my office because she was, in her words, having an identity crisis. She said she thought she might like to work in art or entertainment, but she hadn’t decided yet, so she’d spent the last few years waiting tables instead. Because it was cheaper, she lived with a boyfriend who displayed his temper more than his ambition. And as hard as her 20s were, her early life had been even harder. She often cried in our sessions, but then would collect herself by saying, “You can’t pick your family, but you can pick your friends.”

Well one day, Emma comes in and she hangs her head in her lap, and she sobbed for most of the hour. She’d just bought a new address book, and she’d spent the morning filling in her many contacts, but then she’d been left staring at that empty blank that comes after the words “In case of emergency, please call … .” She was nearly hysterical when she looked at me and said, “Who’s going to be there for me if I get in a car wreck? Who’s going to take care of me if I have cancer?”

Now in that moment, it took everything I had not to say, “I will.” But what Emma needed wasn’t some therapist who really, really cared. Emma needed a better life, and I knew this was her chance. I had learned too much since I first worked with Alex to just sit there while Emma’s defining decade went parading by.

So over the next weeks and months, I told Emma three things that every twentysomething, male or female, deserves to hear.

Second, I told Emma that the urban tribe is overrated. Best friends are great for giving rides to the airport, but twentysomethings who huddle together with like-minded peers limit who they know, what they know, how they think, how they speak, and where they work. That new piece of capital, that new person to date almost always comes from outside the inner circle. New things come from what are called our weak ties, our friends of friends of friends. So yes, half of twentysomethings are un- or under-employed. But half aren’t, and weak ties are how you get yourself into that group. Half of new jobs are never posted, so reaching out to your neighbor’s boss is how you get that un-posted job. It’s not cheating. It’s the science of how information spreads.

Last but not least, Emma believed that you can’t pick your family, but you can pick your friends. Now this was true for her growing up, but as a twentysomething, soon Emma would pick her family when she partnered with someone and created a family of her own.

I told Emma the time to start picking your family is now. Now you may be thinking that 30 is actually a better time to settle down than 20, or even 25, and I agree with you. But grabbing whoever you’re living with or sleeping with when everyone on Facebook starts walking down the aisle is not progress. The best time to work on your marriage is before you have one, and that means being as intentional with love as you are with work. Picking your family is about consciously choosing who and what you want rather than just making it work or killing time with whoever happens to be choosing you.

So what happened to Emma? Well, we went through that address book, and she found an old roommate’s cousin who worked at an art museum in another state. That weak tie helped her get a job there. That job offer gave her the reason to leave that live-in boyfriend.

Now, five years later, she’s a special events planner for museums. She’s married to a man she mindfully chose. She loves her new career, she loves her new family, and she sent me a card that said, “Now the emergency contact blanks don’t seem big enough.”

Now Emma’s story made that sound easy, but that’s what I love about working with twentysomethings. They are so easy to help. Twentysomethings are like airplanes just leaving LAX, bound for somewhere west. Right after takeoff, a slight change in course is the difference between landing in Alaska or Fiji. Likewise, at 21 or 25 or even 29, one good conversation, one good break, one good TED Talk, can have an enormous effect across years and even generations to come.

So here’s an idea worth spreading to every twentysomething you know. It’s as simple as what I learned to say to Alex. It’s what I now have the privilege of saying to twentysomethings like Emma every single day: Thirty is not the new 20, so claim your adulthood, get some identity capital, use your weak ties, pick your family. Don’t be defined by what you didn’t know or didn’t do. You’re deciding your life right now. Thank you.”